The Gospel According to Makka Pakka

I think it’s important as Christians to look for God in the everyday. We find God when we read the Bible, when we go to Church, when we have conversations with other Christians. But we can also find God in other areas of secular culture. Sometimes we should go out of our way to find God in the movies we watch, the music we listen to or the plays we go and see. We shouldn’t be surprised that God can share his grace in all things and through all people. Tim Keller in his book Every Good Endeavour states

‘Christians are free to study the world of human culture in order to know more of God; for as creatures made in His image we can appreciate truth and wisdom wherever we find it.’

I recently had a podcast conversation with blogger and movie buff Neil Sedgewick. The whole idea of finding God in the movies is the crux of his popular blog Films and Faith. He asks himself two important questions when he goes to the cinema; does the film change how he sees the world, and does it restore or contribute to his faith in any way. Of course we could ask these very questions ourselves with any art form, including the very books we read. But for the purpose of this blog, I’m focusing on a particular TV programme.

The idea of finding God in popular culture has stayed with me, In fact it’s probably in my sub-conscious all the time, but I don’t necessarily commit it to writing. With two young children in our household, the TV channel that is on constantly is CBeebies. Some say it’s never good to expose children to too much TV, and we do try to balance this out as much as we can, but CBeebies certainly is responsible for developing our 4-year old’s knowledge, his sense of humour, and his dodgy English accent! And when they watch, you watch too, and take an interest.

One of the most bizarre and most popular programmes they show is called ‘In the Night Garden.’ The programme is 10 years old, yet without fail, they show it as one of their last programmes of the day, as part of their ‘bedtime hour.’ Lots of parents watch it as a means to chill out their toddlers before the, sometimes, stressful routine of getting them ready for bed. Now, I’m no expert at this programme. I could try and explain what it’s about, but really, I’ll just confuse you and myself in the process. Your best bet is just to watch it yourself, though I’ve a feeling if you’ve got this far in the blog, you probably already have! But let me try and introduce you to some of the characters anyway 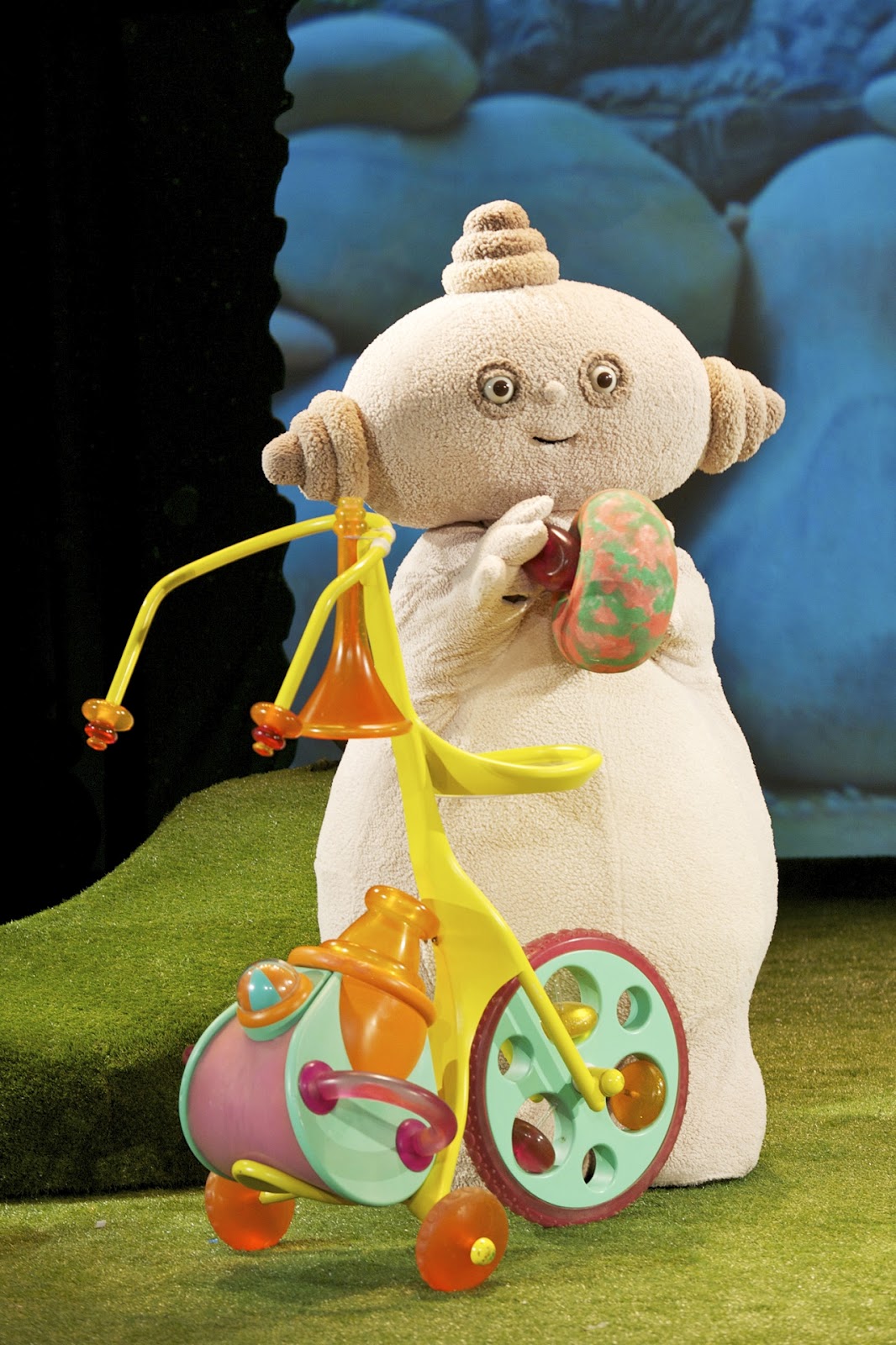 And it’s Makka Pakka who I was totally drawn to when I first watched this. (Together as a family you understand, not on my own!) Makka Pakka has a little bike/trolley thing called the ‘Og-Pog’ which has space for 2 very important items he owns- a sponge and some soap. One of his roles is to go around the garden, and wash the faces of the other characters! (One sponge can wash ten pontipines in one wipe!) I don’t know why the others don’t have their own facility to do this, all I know is that Makka Pakka has a servant heart.

Watching this reminds me of a similar act of service Jesus does for his disciples in the Upper room, the night before his crucifixion, as recorded in John 13. When you approach it for the first time without knowing any background, it’s just a simple story of Jesus washing his disciples’ feet. But the more we examine the cultural background, the more extraordinary this humble act is. Firstly, if any guests went to someone’s house for dinner it was the job of the household slave to wash the guests’ feet. Also, it’s worth keeping in mind that there were no toilets or rubbish collections in 1st Century Judea, so everything went on the road. Oh, and there were no shoes either! So what went on the road ended up on your feet also. It doesn’t bear thinking about! Not the most appealing of jobs to do which is why it was left for the slave. But that is what’s so extraordinary about it. St Paul’s description of Jesus in Philippians 2:6 is of someone who ‘did not cling to his equality with God, but emptied himself to assume the condition of a slave.’ In washing his disciples’ feet, Jesus becomes a slave. Nick Page in his book The Longest Week examines the scene further

‘Jesus has descended to the lowest level possible for a human being: the rank of a gentile slave. This is what is truly shocking about it. It’s not just that Jesus is prepared to undress and to clean from the feet of his followers all the crap and the dirt and the dust that they had gathered on the walk in from Bethany; it’s in doing so he assumes the lowest human role possible.’

Nick goes on to say that Jesus, in this significant act, was ‘starting the church.’ The church has an important role in serving others. We are the church, therefore we all have a role to play. In the church of the Night Garden, it’s hard to see what roles the other character’s play, but that doesn’t mean they don’t have any significance. And we might feel the same in church, that if we don’t have a role to play, we may feel insignificant. But that’s not the case. All it may take on a Sunday is a caring word from you, or to engage in a conversation with someone or renew a friendship. Someone there may be touched by just witnessing you praying, or worshipping. A simple smile, or an exchange of the peace. Your freewill offering, or just your very presence there. All is significant within God’s serving church. We don’t need to wash someone’s feet to express this, we just need the love and example of the servant King.

So there you go, just my own personal ramblings spurred on by watching a simple kiddies TV programme. The joys of looking for God in the everyday. And this week, in the run up to Easter, when a lot of us will be back in church again before Sunday, we have an extra chance to look for God and even serve someone. We sang a hymn on Palm Sunday which might help us achieve that.

Brother, Sister, let me serve you, let me be as Christ to you. Pray that I may have the grace to let you be my servant to.